The simple answer is there is no such thing as a 1099 employee. An individual worker is either a W-2 employee or they are a 1099 Independent Contractor. Employees receive a W-2 from their employer each year and the employer pays taxes and benefits on their behalf. Workers' compensation is typically one of those legally required employee benefits. 1099 contractors receive a 1099 each year. They pay their own taxes and purchase their own benefits. They often need to get workers' comp too; however, coverage may be provided by a business they sub-contract with.

The general rule is that employers do not have to carry workers’ compensation insurance for workers who qualify as 1099 Independent Contractors. However, this rule has one major exception.

The exception occurs when it is determined by certain federal or state government agencies, or the United State Tax Court, that a worker does not actually qualify as a 1099 contractor. In this case, they should be reclassified as an employee. This is a very serious matter and the courts and government agencies pursue the matter vigorously against employers.

Testing for Proper Classification of a 1099 Independent Contractor

In the past, IRS used a 20 part test based on common law to determine if a worker was misclassified as a 1099 Independent Contractor. The test is now condensed to three parts, with subparts, focusing on the control of the employee, both financially and behaviorally; and the type of relationship existing between the two parties.

These factors are now set out in Publication 15 A, and are more thoroughly explained on www.IRS.gov under Tax Topic 762, Independent Contractor vs. Employee.

In the event any agency begins an investigation into whether a worker is misclassified, you can attempt to defend your actions by seeking to establish that you had a reasonable basis to believe that the employee was correctly classified as an independent contractor.

A finding from the United States Tax Court, or a Federal agency, that an employee has been misclassified may be considered res judicata by the SDWC in any state and may be introduced into evidence and cause the employer to be collaterally estopped from claiming the worker is an Independent Contractor.

Additionally, many states have a Memorandum of Understanding with the IRS agreeing to work together and share information on misclassified employees and questionable tax practices. If a Memorandum is in place the agency will report the finding to the SDWC so that the facts can be investigated. Cases are often negotiated with each agency to settle the matter at hand. Sometimes the cases are sent to mediation. If you are unable to reach an agreement, the applicable state agency Administrative Law Judge or the Tax Court will determine whether or not the employee is misclassified and whether the misclassification is unintentional, intentional or fraudulent.

Even if the appropriate agency or ALJ determines that a misclassification was unintentional, they will still reclassify the contractual amounts paid to an Independent Contractor as wages and then may assess any or all of the following:

If any agency finds that the misclassification was intentional, fraudulent or criminal; they have the option to assess additional fines, penalties and interest. The agency may refer the case to the appropriate criminal agency to charge the employer with a crime, seek to impose a jail or prison sentence, and additional fines for the criminal act. The owner of the company, a member of a LLC or an officer of a Corporation can all be personally responsible for the unpaid taxes, fines, penalties and interest.

In regard to failure to carry Worker’s Compensation Insurance for a worker who has been misclassified; the SDWC in the state where the worker is employed; will similarly determine whether the employee was misclassified as an Independent Contractor. The government agency will make a decision based on similar factors relied on by the IRS. For instance in Vermont the Department of Worker’s Compensation and the Courts have adopted a two part test: The Right to Control and the Nature of Business Test. In contrast, Minnesota uses a nine factor test pursuant to Minn. Statutes, Section181.723 to determine whether an individual is a 1099 Independent Contractor in the construction industry, and a five factor test which focuses on the right to control for other types of individuals not in construction.

Each state has a unique statutory scheme and a set of factors used to determine if an employee is misclassified under the Worker’s Compensation Act in that state. Most states use some part of the factor’s from the common law 20 part IRS test.

In some states, like Wisconsin, field auditors from the Department of Worker’s compensation are authorized to conduct routine worksite compliance investigations and examine employer records without cause.

Many states have an Uninsured Employer’s Guaranty fund which will cover the worker’s injuries and claims for workers who are not covered under a workers’ comp insurance policy. In that event the employer will be assessed the full amount advanced by the fund. Additionally the injured employee now has the right to sue the employer for negligence when there is no workers comp coverage. In very rare cases where the Second Injury Fund is applicable, the fund may contribute where there is no current coverage.

Failing to carry workers’ compensation for an employee is a crime in most all states throughout the United States. But the severity of the crime and the accompanying fines, penalties and jail sentence vary from state to state.

The state agency handling worker’s comp usually refers the matter to the district attorney for the county, or the US Department of Justice which handles cases where many workers at one company are misclassified.

In Pennsylvania, the crime is a third degree misdemeanor carrying a $2,500.00 fine and up to 1 year in jail, but if it is intentional, the crime it is a Third Degree Felony carrying a $15,000.00 fine and a jail sentence of up to seven years. Each day that you fail to carry insurance can be charged as a separate crime.

Other states have laws with far stricter penalties. So it is imperative to meet with an attorney licensed in your state if you are criminally charged.

If you have any doubt whether or not a worker qualifies as a 1099 Independent contractor you can voluntarily provide workers' compensation coverage as if that person were an employee. If you are a 1099 employee, you can buy a policy or ask the business paying you to provide coverage under their policy.

The company or the worker can file Form SS-8, Determination of a Workers Status for Purposes of the Federal Taxes and Income Tax Withholding with the IRS. All employee/employer taxes should be paid until your company receives a determination on the status.

A company who inadvertently misclassified its workers as 1099 Independent Contractors can enter the IRS Voluntary Reclassification Program. Employers will still be assessed for back wages, interest and penalties; however, the amounts owed for fines, penalties and interest can be drastically reduced. The IRS will allow business owners to enter into an installment plan, and eliminate the risk of IRS proceeding against you criminally as part of the negotiation process.

Get free workers' comp insurance quotes today and see if your business qualifies for lower rates and better service.

While many people view Ghost Policies negatively, or feel they are fraudulent in some way these polices have a legitimate purpose if used properly. They are intended to be used when the company has no employees other than the owners and the owners are exempt under the policy.

With such policies in place, companies can show they do have workers’ compensation insurance in place in order to obtain a job they have won. However the policies have risks if used improperly.

The minute that an employee is hired you must put workers compensation coverage in place for that employee based on their intended wages or salary.

If you hire a 1099 contractor you need to ensure that they have a Certificate of Workers Compensation and furnish it to your carrier. The insurance company usually audits ghost policies frequently.

You may be assessed an insurance premium by your insurance carrier for a new employee or for a 1099 Independent contractors who does not have a Certificate of Insurance for Worker’s Compensation Insurance, or the 1099’s coverage lapses during the policy. When the carriers asses a premium and it is paid then it does give the new employee or 1099 contractor worker’s compensation coverage for the remainder of the policy period. The policy would need to be renewed from year to year as necessary.

Save 30% on work comp for select businesses 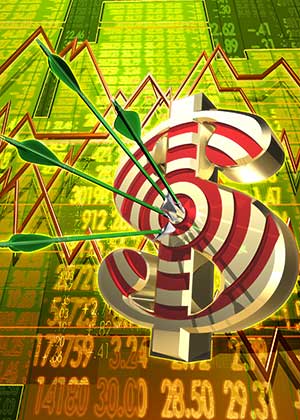 How Does Workers' Compensation Work? 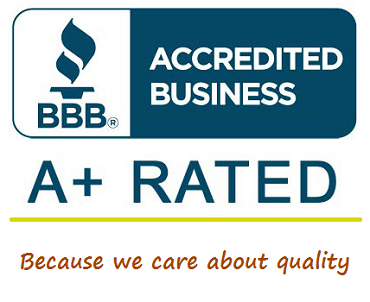 How to Apply for Workers' Comp Insurance

How do I get started?

Here's what we need from you

We go find for your best price

From a workers compensation perspective, employers who have a certificate of insurance from a 1099 and pays them a gross amount for services performed are completely safe from any issues. Take caution not to directly supervise 1099 workers as that could qualify them as an employee.
We want to be your workers compensation agency. Start your workmans compensation insurance quote online or give us a call today at 888-611-7467. We'll review your current workforce and recommend best options for coverage.
National Agency Number: 8847381
National Producer Number: 5064979
Contact a Work Comp Specialist