Missouri's earliest workers compensation law was adopted in 1925. It enacted a simple procedure whereas injured employees could receive medical and disability benefits without having to hire a lawyer. Today, Missouri work comp law is much more complicated in the Show-Me State.

In 2005, The Missouri legislature changed MO workers compensation laws to make it more difficult for employees to obtain workers compensation benefits if negligent. The new law required that the on-the-job injury be the prevailing factor rather than just a factor at all. Many of the legislative changes are still being tested in the court system and the overall affect on premium is still unrealized.

About Workers Compensation in Missouri

The Missouri Division of Workers' Compensation oversees workers comp in Missouri. They approve all workers compensation regulations, monitor the workers comp market in MO, and manage the Assigned Risk Pool for the State. DIFP can be contacted at 800-394-0964.

Employers are required to notify their insurance company as soon as practical after a work-related injury. The injury must also be reported to the MO Division of Workers' Compensation, but this is typically handled by your insurance company.

CCPAP provides a premium credit back to contractors when their average wages are higher than $18.00 per hour in Missouri. Insurance companies are required by law to send the required form to all contractors who are in an eligible class code. The form must be completed and sent to NCCI within 180 days from the policies inception. For more information on the CCPAP program in Missouri please contact one of our workers' compensation Specialists.

The Missouri Second Injury Fund was established by legislature to remove the burden of providing work comp benefits to an injured worker for disabilities that existed prior to the current injury. The Fund compensates injured workers who become permanently disabled beyond the scope of a single injury due to prior injuries sustained.

In 2014 the second injury fund surcharge double from 3% to 6% in an effort to prevent the fund from going bankrupt. Rates will likely increase in the future.

The largest workers comp provider in the state with 17.75% market share, Missouri Employers Mutual, is expected to increase rates an average of 10.8% during 2014.

We are advising employers to shop workers compensation coverage so that carriers must compete for their business.

Effective January 1, 2014 the surcharge rate on all Missouri workers comp policies will increase from 3% to 6% due to a Senate Bill passed in 2013 by Governor Jay Nixon. The Mo Dept. of Insurance estimated the Fund would likely go broke without an infusion of more funding.

During 2011, the Missouri House and Senate reached a compromise on changes to the Missouri workers compensation statutes, but ran out of time to pass the bill. This month, legislatures began reworking state workers' compensation laws based on that compromise bill. Some of the changes to the bill include: a) Clarifying that occupation diseases are exclusively covered by workmans comp, b) Defining toxic exposure and clarifying that employees who sue employers and win do not have to give prior workers comp payments back, and c) Creating a policy that says employees not authorized to wok in this country are not eligible for workers compensation coverage. 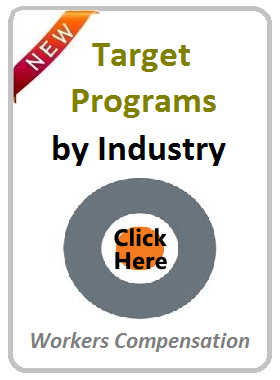 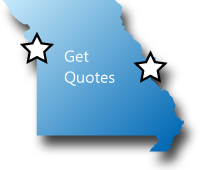 A schedule rating allows insurance companies to adjust an employer's premium based on unique underwriting characteristics such as years in business, management experience, and location. State law in Missouri allows insurance carriers to place a policy credit or debit on a policy up to 25% maximum. Schedule rating is important to business owners because it can have a significant impact on the cost of coverage.

Once we've got your best quotes back from our carriers, we take the time to help you understand your options and the next steps to get covered quickly.
Learn more about Workers' Comp Insurance in your state:
Missouri
MO Programs
MO Rates
MO Forms
MO Info
MO Quotes

Why Quote MO Comp With Us?

At Workers Compensation Shop.com, we've been helping Missouri business owners find lower cost workers compensation insurance for well over a decade now. Over the years, we've build and agency database and management system designed to track Missouri rates by insurance carrier and class code so your business gets the best deal every time.
For the most accurate information about workers comp insurance in Missouri, give one of our workers compensation Specialists a call at 888-611-7467 or start your quote here online.
Missouri Agency License: 8021583
National Producer Number: 5064979
Contact a Work Comp Specialist